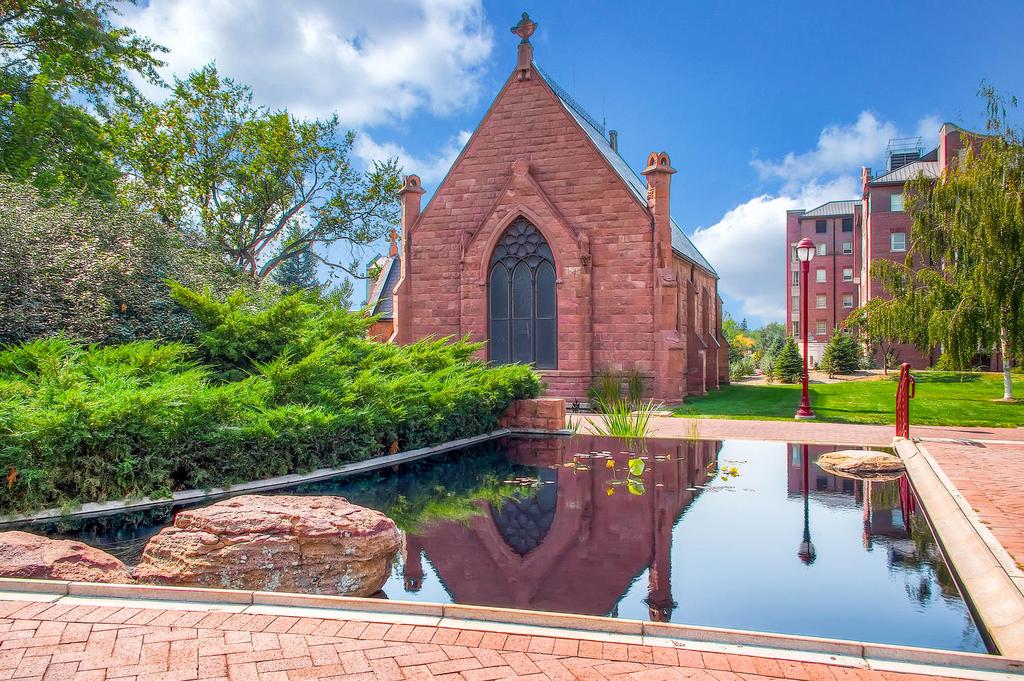 Surrounding the University of Denver (DU) campus, residents in the University neighborhood enjoy many of the perks that go with living in a college community, including supermarkets, pharmacies, coffee shops and cafes, bike and sporting goods stores, and hip clothing boutiques. Recreational activities at DU offer something for everyone, including sports events at Magness Arena, fitness classes at the Coors Fitness Center, and arts and cultural events on campus. Situated with easy access to I-25, University, and Downing, residents are only a moment away from getting where they need to go. The blend of college students and local residents means a wide variety of housing options – from single-family homes to high-rise apartments to traditional ranches. The University neighborhood is home to the University of Denver, and it’s nationally recognized business and law schools. Interstate 25, and the city’s boundary with Englewood form the community’s northern and southern boarders, while University Boulevard and Downing Street define the east and west confines. The University of Denver, which opened its hallowed doors in 1894 on South University Boulevard, and adjacent to the Illif School of Theology built in 1892 on seven acres, is the crown jewel of the DU neighborhood.  The campus buildings embody a variety of architectural styles, from collegiate classic to contemporary, on the 125-acre campus, including the collegiate Gothic design of The Mary Reed Building, sporting stone trim and arched ceilings. The gold-colored spire atop the Daniel L. Ritchie Center for Sports and Wellness, known as Williams Tower, is the landmark for the esteemed campus and can be scene from miles around. Famous Magness Arena is home for the outstanding University of Denver Pioneer athletic teams and the campus is also home to the elegant Robert and Judi Newman Center for the Performing Arts. Just south of DU is the small, charming Deboer Park. A busy hive of shops and stores, including the famous Pete's University Park Cafe, open everyday from 6 a.m. to 11 p.m. including holidays, is just a block north of the campus on University Avenue, including Blackjack Pizza, Pak Mail, Starbucks, Subway, DU Laundromat, Chase Bank, Conoco, TCF Bank, Jamba Juice, Floyd's Barbershop, and Mustard's Last Stand. They're all a stone's throw from I-25 and the University Light Rail Station at University and Buchtel Avenue. The DU neighborhood is also home to Rick's Center for Gifted Children and the Asbury Elementary School and houses in the quiet neighborhood - busy on game nights - are a mixture of red-brick bungalows and split-level and small wood-frame homes.

Cory Merrill features double lots and many “pop-tops” and is adjacent to popular Washington Park. Wash Park is a haven for fitness enthusiasts and outdoor lovers, sitting on 165 acres and featuring 54 flower beds, a 2.6-mile jogging path, a recreation center, two lakes, several playing fields, tennis courts, and two playgrounds (one of which is handicap accessible). Close access to I-25, shopping, neighborhood restaurants and boutiques, and schools make this a top choice in south Denver. Cory Merrill residential community is located just south of Bonnie Brae between Mississippi, I-25, Marion and Colorado Boulevard. Residents here are close to urban life, yet a feeling of “neighborhood” is sustained. Named after the schools in the area, Cory Merrill was once part of the Town of South Denver (which had boundaries along the South Platte River, Alameda Avenue, Colorado Boulevard and Yale Avenue). It was founded in 1858 to be a dry town because its citizens didn't like the saloons that had taken over Denver. Cory Merrill is experiencing a dramatic increase in home remodeling, resulting in homes with greater square footage, but which retain the same lot imprint. Cory Merrill is conveniently located within close proximity of Cherry Creek, Old South Gaylord, and Colorado Boulevard shopping areas. Complete with neighborhood churches and a library, Cory Merrill is considered to be luxury living in the heart of Denver.