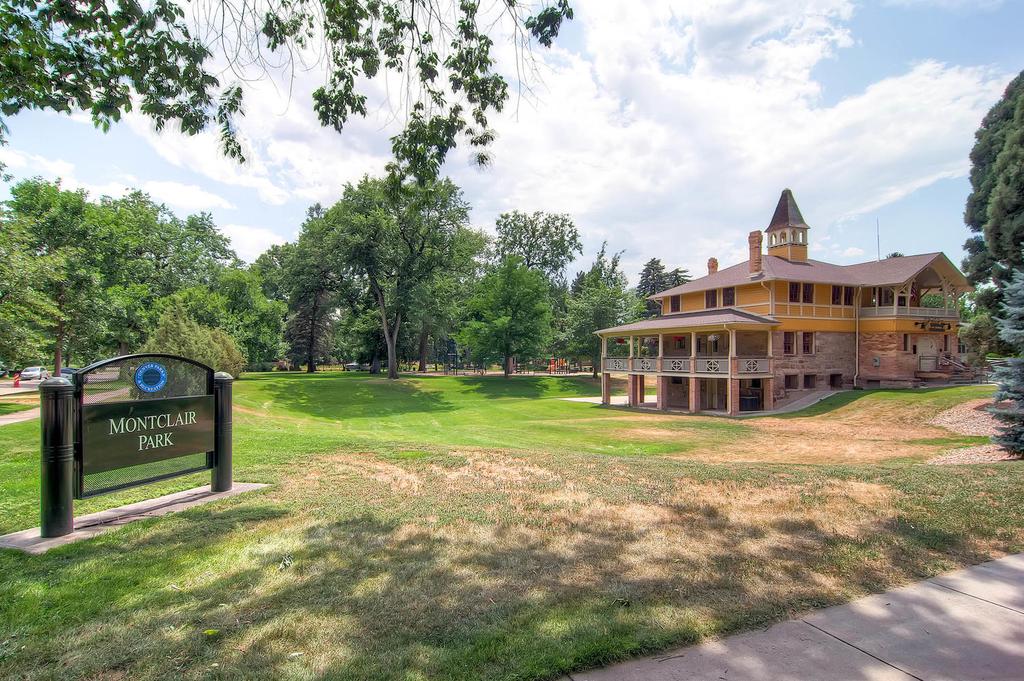 The land was purchased and developed by the Montclair Town and Improvement Company in 1885. One of its founders, Matthias P. Cochrane, originally came from Montclair, New Jersey and named the new community in its honor. The other founder, Baron Walter von Richthofen, was a German nobleman and uncle to Manfred von Richthofen, the celebrated World War I flying ace known as the 'Red Baron'. The Baron decided that a refuge from early Denver's urban smog and congestion was needed. But early residents found jobs and services hard to come by. Situated only 15 minutes from downtown, historic Montclair has a mix of new homes, some smaller ranches from the 1960s and 70s, and elegant traditional mansions. Baron Water von Richthofen built an authentic German castle in what is today Montclair, and helped this suburb grow in the 19th century. This Denver neighborhood has a superb reputation with amazing views and astounding architecture, along with amenities such as pharmacies, retail outlets, supermarkets, and salons along side churches, schools, and parks was originally developed as a small suburban community east of Denver.  The community was originally designed to attract wealthier residents who were turned off by Denver's "400 saloons and forty Market Street bordellos".  To this end, homeowners were required to purchase and build on lots that were twice the Denver standard size of 25 feet by 125 feet. Homes were required to be at last three stories high, made of brick or stone. In addition, town trustees had to approve all plans and saloons and alcohol were forbidden.The community became the incorporated town of Montclair in 1888. In 1893, the crash of the silver market and the ensuing Panic of 1893 brought all development to a halt. Baron von Richthofen then began to promote the town as a health retreat, calling it the 'Carlsbad of Colorado'. However, due to his sudden death from appendicitis in 1898, plans for a health spa, art museum, hotel, casino and pavilions never materialized. By 1900, the US Census recorded only eighty-eight families living in Montclair. In 1902, the newly created City and County of Denver began to incorporate the town of Montclair. The town objected strongly to its inclusion and fought the City of Denver all the way to the State Supreme Court. Montclair lost and annexation was made final in 1903. Then mayor Robert W. Speer eased the transition by beautifying and extending Richthofen's system of parkways and boulevards from the central city into the suburb, planting many trees and erecting fountains and monuments. In 1907, the Montclair Improvement Association was formed to push the City of Denver into providing "graded, curbed, oiled and lighted streets, water and gas mains, a sewer system, parks and parkways and other services."