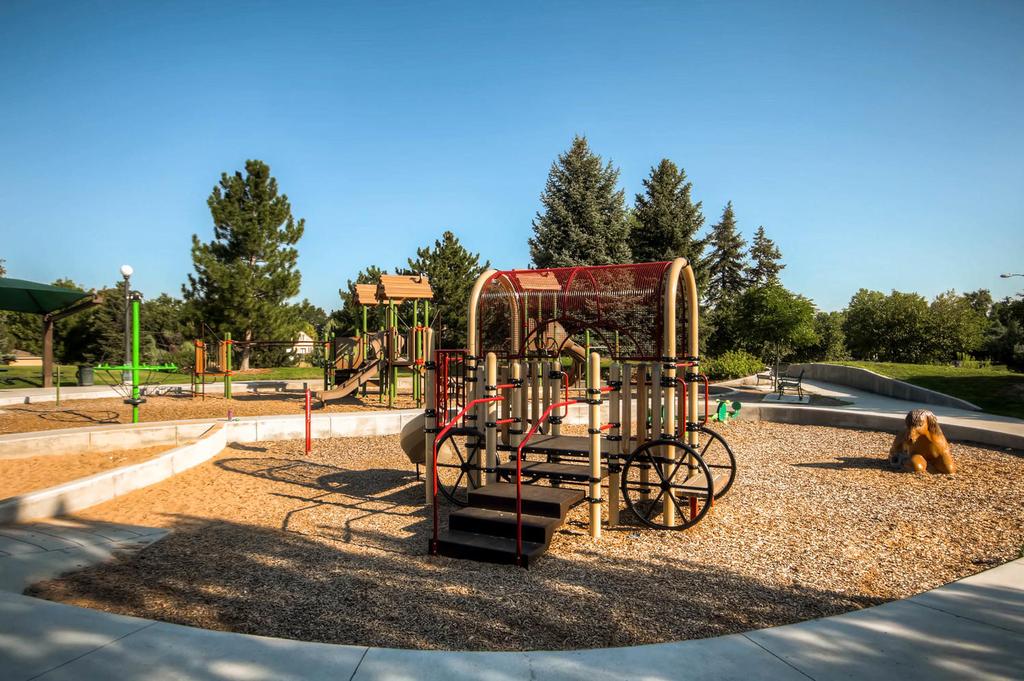 This post-World War II neighborhood features Tudors, bungalows and ranches in close proximity to the University of Colorado Health Sciences Center, National Jewish Hospital, and Rose Medical Center. Mayfair and Lindsley Parks both boast flower gardens and playgrounds, sure to please the young and the young-at-heart. The Hale real estate area is a dynamic, vibrant neighborhood just east of North Holly Street, with East Colfax Avenue, 6th Avenue Parkway, and Colorado Boulevard as its other borders. An exciting mix of housing, employment opportunities, neighborhood shopping and eating establishments best describes this post-WWII Community. Hale and Mayfair are two mature neighborhoods which feature large Victorian homes, many restored to their original condition, as well as Tudors, Denver squares, bungalows, and ranch style homes. Since 1995, the area has experienced among the highest appreciation rates of Denver’s inner city neighborhoods. Their proximity to Rose Hospital and National Jewish Hospital have made them a popular and affordable choice for hospital interns.  Nestled between some of Denver’s most sought after neighborhoods, Mayfair is a small community of friends and neighbors residing in a collection of Tudors, bungalows, and ranches a short distance east of Downtown Denver. In 1885, Baron Walter Von Richthofen proclaimed Mayfair “The Beautiful Suburban Town of Denver” and advertised the area as a healthy alternative to the moral dilemmas of city living. The area now known as Mayfair became part of Denver in 1902 but was not officially named until after World War II when returning GIs settled in the area. The area was attractive to these men and their families for many of the same reasons that Mayfair is so popular today. With it’s wide streets, large lots, varied architecture, and proximity to Downtown Denver, Mayfair is truly an example of urban living with a suburban feel.  With it’s dry air and agreeable climate, Denver has a rich history associated with the health sciences and that legacy continues today, particularly in the areas surrounding Mayfair. Mayfair also encompasses Mayfair Park, located at 10th and Jersey and Lindsley Park along Hale Parkway,  while City Park is located just north of Mayfair near the Denver Zoo and the Denver Museum of Nature and Science. Mayfair has it’s own shopping center at 14th and Krameria Street which has been serving the community for over fifty years while Colfax Avenue boasts its own assortment of shops and restaurants on the northern border of the neighborhood. To the west of Mayfair, at Colorado Boulevard and 8th Avenue one can find Annie’s Cafe, Starbucks, and a variety of other restaurants offering everything from Thai food to felafels and other Mediterranean fare. In addition, Mayfair is just up the street from the shops, restaurants, and special events found in Cherry Creek. Today, Mayfair is a neighborhood that continues to evolve. With the continued development of East Denver and the planned communities at Lowery and Stapleton, in particular, Mayfair along with Park Hill, Hilltop and Montclair will continue to grow and mature while retaining the character and integrity that has drawn people to this area for decades.