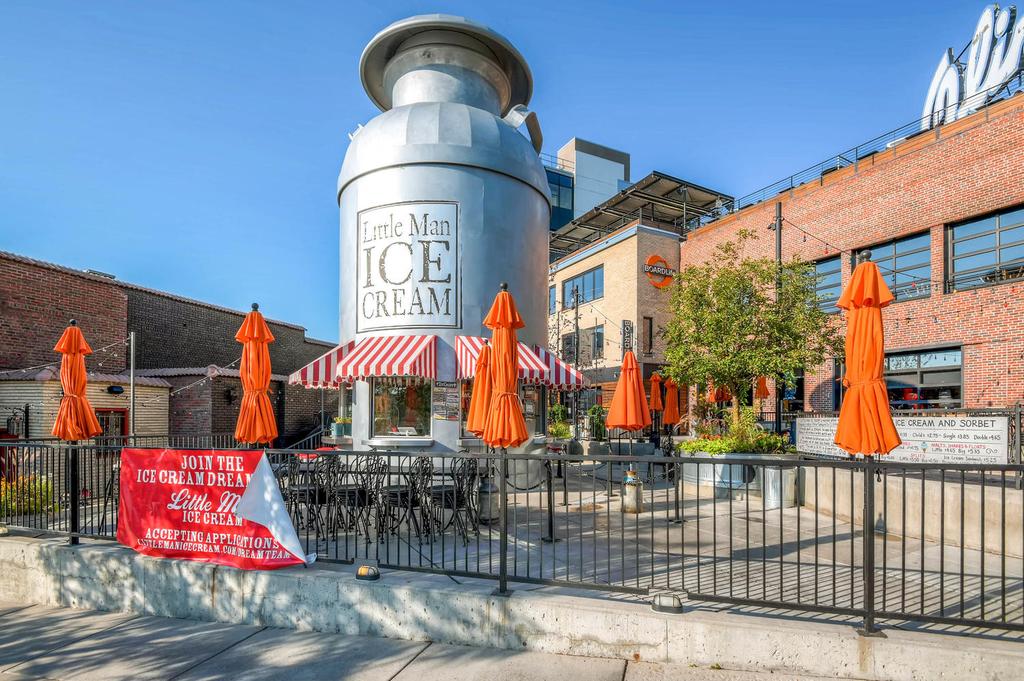 Highlands is a distinct city-center neighborhood in Denver, Colorado bounded by West 38th Avenue to the north, a Union Pacific Railroad line on the east, the South Platte River to the southeast, Speer Boulevard on the south, and Federal Boulevard on the west. The neighborhood has many small family-owned restaurants specializing in regional cuisines from Italy, Mexico, Peru, and Argentina. It is also home to three large parks: Sloan's Lake, Rocky Mountain Lake, and Berkeley Park. The 250-acre section northwest of downtown has experienced amazing growth and changes over the past few years, and is overflowing with trendy restaurants, bars, and shops. Highland became much more accessible to downtown with the construction of the Denver Millennium Bridge and Platte River Bridge in the Central Platte valley, along with the construction of the Highland Bridge over Interstate 25 in 2006. Some of the city's most architecturally interesting areas are within the Highland neighborhood, such as Potter-Highland Historic District and Stonemans' Row Historic District. Proximity to downtown led to rapid growth of the area in recent years, making the area is one of the more sought-after city-center neighborhoods today. Consequently, considerable redevelopment is occurring in Highland along with a noticeable rise in density, as high-end condominiums and lofts replace older structures and parking lots. However, Highland still offers a large stock of historic single family homes—now some of the closest historic single family construction to Denver's original town site on the South Platte River.